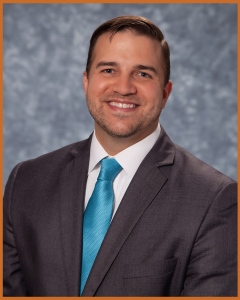 Hemminger Criminal Defense’s Record
When you are looking for a criminal defense attorney, you want someone with a good record at trial; and someone who can handle anything from the most minor traffic infraction to the most violent crime. Mr. Hemminger has a winning record at trial. This Ohio criminal defense lawyer handles cases in mayor’s court, municipal court and common pleas court throughout the state of Ohio.

History and Education
Even before graduating from law school at Cleveland-Marshall College of Law, Mr. Hemminger worked for a criminal defense attorney. He also worked as a legal extern for the Organized Crime Division in the Office of the United States Attorney for the Northern District of Ohio. Furthermore, Mr. Hemminger was awarded the Cleveland-Marshall College of Law’s 2003 Joel Jay Finer Award for Outstanding Student in Criminal Procedure.

After Mr. Hemminger became a licensed attorney in Ohio, he served as an Assistant Prosecuting Attorney in Ashland County, Ohio. He handled all types of criminal cases including but not limited to homicide, sex offenses, domestic violence, assault, theft, forgery, property crimes, drug crimes, drunk driving, and traffic tickets.

In 2015, Mr. Hemminger founded The Hemminger Law Firm and dedicated the firm to defending individuals charged with criminal, traffic and drunk driving offenses.  Mr. Hemminger is an experienced criminal defense lawyer who personally counsels his clients on both the advantages of negotiating a plea agreement and their option to proceed forward to trial.  Mr. Hemminger is a nationally ranked “Top 100” trial lawyer and is also a member of several local and national law associations, including the National College of DUI Defense and the National Association of Criminal Defense Lawyers.

Personal Information
Mr. Hemminger is an active member of the community. He lives in Worthington and is a member of Business Networking International’s Cap City Chapter in Worthington.  He also served on the board of directors for LeaderSpark, part of the United Way of Central Ohio. Mr. Hemminger has also been active in several other charitable and volunteer causes including the Columbus Cancer Clinic and Life Care Alliance.

If you have been accused of a crime or find yourself under investigation, contact Hemminger Criminal Defense as soon as possible. Since Mr. Hemminger personally sees to all of his cases and believes that the representing attorney should be “hands on,” he is available any hour of the day or night. His clients have his cell phone number so that they may call or text anytime he is needed.